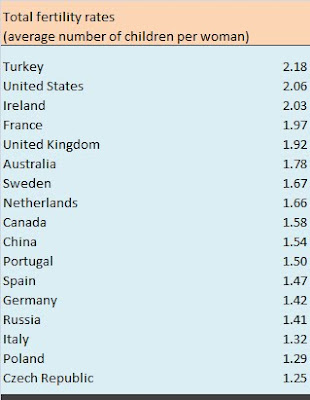 Every country in Europe except Turkey and Ireland has a total fertility rate below replacement. That magic number is 2.1. This is the average number of children per woman that stabilises population size over the long run.

Taking Europe as a whole, the fertility rate is desperately low. Without large migration flows from outside the continent, the European population will soon begin to rapidly shrink. Or to put it more bluntly, Europe isn't producing enough children.